Last week, police officers shot and killed another Black man, 22-year-old Amir Locke, in the city that just two years ago was torched by the trauma of George Floyd’s murder, and just months ago failed to replace the Minneapolis Police Department with a new Department of Public Safety. Locke had been sleeping on his cousin’s couch, shot to death within nine seconds of police entering the apartment during a no-knock SWAT raid. The killing happened in the midst of a tragic week of loss–with several teenagers shot and killed by other teenagers. The horrific layering of all this death has prompted a new wave of trauma, rage, and demands to transform policing in Minneapolis. But it’s also started to build a bridge between conversations and movements to end police killings and community violence. Rather than treating the two as separate issues, activists and some city leaders are drawing deeply sociological connections about how structural racism produces both kinds of violence and what it will take to address these staggering losses.

END_OF_DOCUMENT_TOKEN_TO_BE_REPLACED

Every year as the academic job market gets going, someone posts online about what it “takes” now to get a job (or tenure). Think you needed a top-3 publication? Think again: now you need 20! People predictably flock to the post, sending waves of anxiety across graduate students, both those on the market and earlier cohorts watching the horizon. This week, twitter (as always) delivered the panic.

Underlying this roiling are real increases in productivity demands. As my colleague rob warren recently demonstrated, the volume of work produced by recently hired and tenured Assistant Professors at the top-20 Sociology programs has gone up significantly (and will probably inch upward again this year due to the pandemic-related hiring freezes). New Assistant Professors hired at these schools in 2015-17 had, on average, published 0-1 articles in the top-2 sociology journals (AJS and ASR) and 5 articles and/or book chapters. That is a lot of work to complete in the usual 6-8 years of graduate school (and, for some, a post-doc). But those averages mask a significant amount of heterogeneity that make it difficult (and even counter-productive) to give “one size fits all” advice to graduate students seeking academic jobs.

END_OF_DOCUMENT_TOKEN_TO_BE_REPLACED

Tomorrow marks one year since the murder of George Floyd at 38th and Chicago in South Minneapolis, sparking a rebellion that burned a police precinct and much of a nearby commercial strip. In the days that followed, a veto-proof majority of the Minneapolis City Council declared their intention to “dismantle” the Minneapolis Police Department (MPD). This declaration seemed to place the city at the forefront of a national conversation to reimagine public safety and redress racialized police violence. And yet, although the people of Minneapolis largely agree about the need for systematic changes in policing, residents, activists, and policymakers continue to disagree about the nature and scope of those transformations. These political struggles have complicated efforts to dismantle  the MPD.

As I wrote on scatterplot last summer, periods of upheaval rarely produce total abandonment of the status quo, but political leaders, activists, and community members can use such openings to shift the direction of policies, practices, and institutional and cultural arrangements. Those words ring even truer today. Nearly a year following the declaration, the MPD remains standing, but changed, as the city continues to struggle over how to create “safety for all” in a starkly unequal society. Fights over public safety are central to the upcoming election, where city residents will vote on a new charter amendment to replace the MPD with a Department of Public Safety and re-elect or vote out of office the council members who have fought for (or resisted) these changes and the Mayor who has rebuffed calls to dismantle the MPD.

END_OF_DOCUMENT_TOKEN_TO_BE_REPLACED 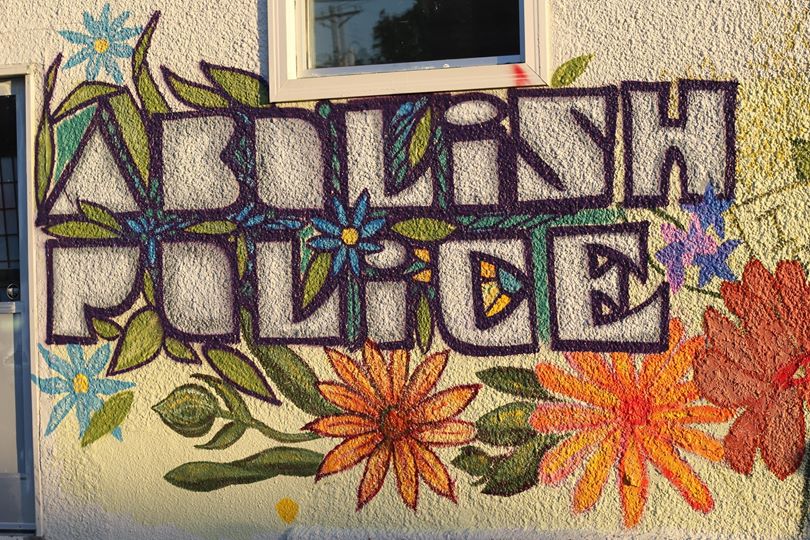 Over the past 4 years, I’ve studied community perceptions of the Minneapolis Police Department. With a team of students, we conducted qualitative interviews with over 100 residents and 20 leaders of police reform/transformation/abolition groups; tracked reform efforts by the MPD; and attended city council hearings, vigils, and community listening sessions. We learned that many in Minneapolis agreed that racialized police violence was a dire social problem, but disagreed on its solution (and whether policing could ever be reformed). Some citizens and groups fought for reform through bureaucratic channels, while others pushed for police abolition or transformation.

As readers are well aware, these questions about reform vs. abolition recently became a national conversation. Following the murder of George Floyd by four now-former MPD officers on May 25, 2020, and the explosion of protests locally (and nationally and internationally), many have looked to Minneapolis to see how this conversation might produce real change.

END_OF_DOCUMENT_TOKEN_TO_BE_REPLACED

One of the benefits of sabbatical is finally dusting off to-do tasks that have withered on the list from neglect. For me, today one such task was (finally!) looking at this Advising Expectations and Guidelines from @dandanar and updating it for my students (grad advisees + undergraduates working on research). I don’t think anything in this document will surprise my current students, but I’m hoping laying it out on paper (and making it available online) will help smooth the process of establishing new advising relationships in the future. My primary goal with this document was to encourage students to ask for assistance from faculty–especially on reading work-in-progress. But it is also meant to facilitate that ask so it is as easy as possible for me to say yes.

I’m posting the work-in-progress document here to start the conversation. Faculty: Do you have such a document? Why or why not? What do you include in yours? Students: Are these helpful? Why or why not?

And for more excellent advice on things like being a good advisee, forming your committee, and reviewing work kindly follow the links! (h/t to @olderwoman for the suggestions on Twitter).

The following is a co-authored post by Michelle Phelps, Amber Joy Powell, and Christopher Robertson.

Since the killing of Michael Brown in Ferguson, MO, in 2014, the topic of police violence and police reform has been at the forefront of the debate about the future of criminal justice in the U.S. Questions about policing have peppered the recent Democratic debates and have featured prominently in some of their policy plans. This week, several candidates met with a group of men and women who were formerly incarcerated to discuss criminal justice reform.

Yet often missing in the public conversation about police reform are the voices of community members most heavily impacted. While some of these residents get involved in community organizing, through #BlackLivesMatter chapters and other groups, many never have their opinions on police reform heard.

During 2017-2019, our research team traced the process of police reform through the eyes of the local police (Minneapolis Police Department), professionals and activists involved in reform, and residents in North Minneapolis, the residential community in our city most impacted by high rates of poverty, racial segregation, street crime, and police contact.

In this post, we provide some preliminary results from our interviews with residents in North Minneapolis. We conducted over 120 interviews, collecting survey responses about attitudes toward the police and in-depth qualitative accounts of their experiences with police and attitudes about police, policing advocacy groups, and police reform.