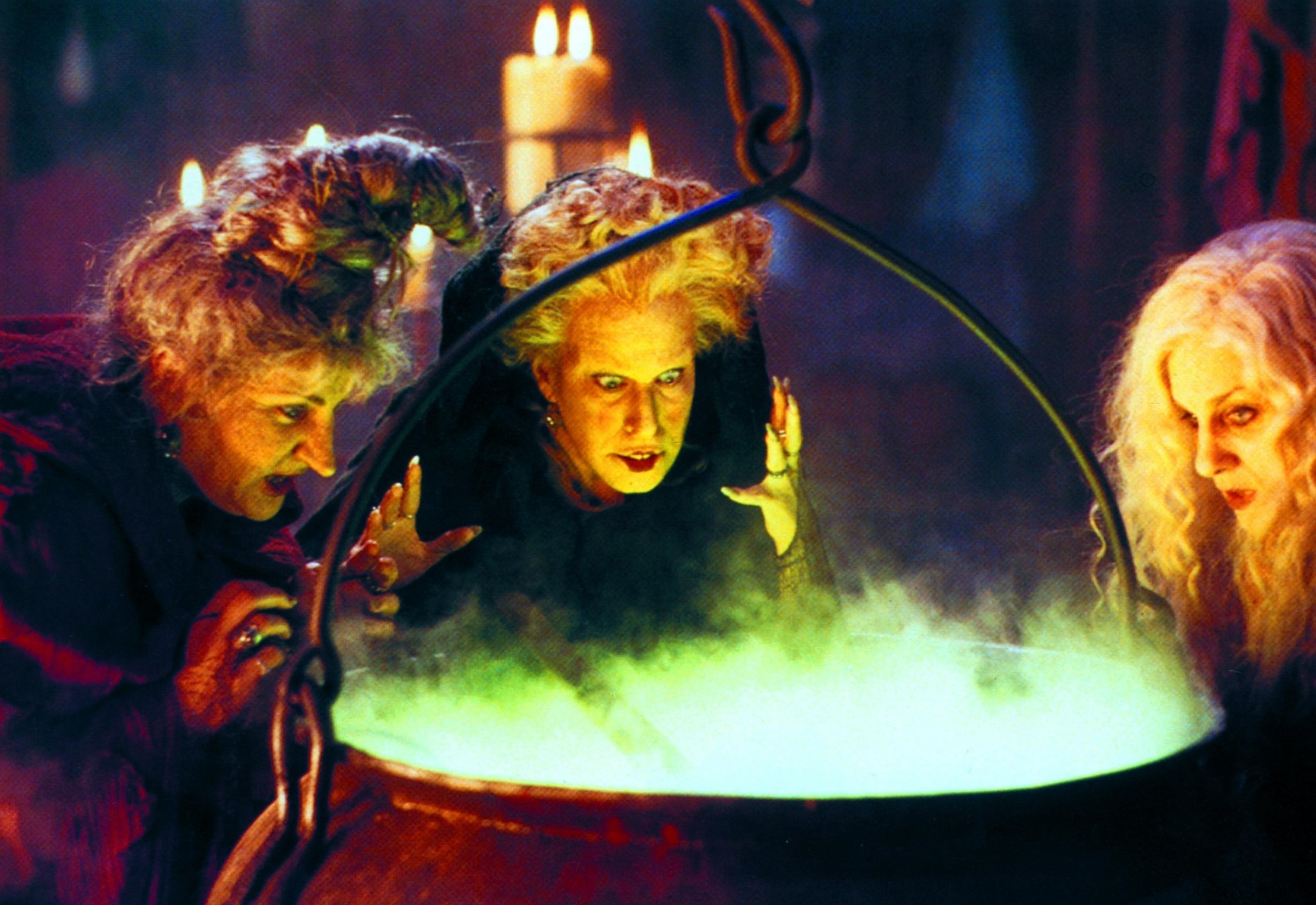 It is that time of year again: Science has a new study by Ganna et al. on the “gay gene,” and major outlets like the New York Times have picked it up. While many are just encountering this area of research for the first time, numerous genome-wide association studies (GWAS) of sexual orientation have been published since the invention of GWAS in the early 2000s. Like others in the genre, Ganna et al. uncritically cite and perpetuate research with deep theoretical, methodological, and ethical flaws, like the Wang & Kosinski “gayface” paper. But rather than frustration, I’m taking my cue from XKCD: this is an opportunity to introduce others to an exciting area of Science and Technology Studies.

Scientific research on the causes or etiology of “homosexuality” is nearly as old as the category of “homosexual” itself, as Foucault argues in the History of Sexuality vol. 1. Tom Waidzunas documents the last 70 or so years of it in The Straight Line, demonstrating that this science (like all science) has been shaped by competing social interests. Eugenicists sought hereditary origins in order to eliminate homosexuality. Conversion therapists sought mutable, nonhereditary causes in order to justify cures. Many pro-gay scholars leaned into “born this way” rhetoric to resist the stigmatizing categories of psychological disorder and the conversion therapy it supported. By 1993, the Human Genome Project was in full swing, Dean Hamer claimed to have found the “gay gene,” and the Daily Mail celebrated its potential for enabling selective abortion.

Astute readers will notice that Ganna et al. do not claim to have found a single “gay gene.” In fact, they did not find support for any of the previously touted gay genes. In that sense, it is a large-N replication failure and should be used as evidence against prior studies of genetic bases for sexuality. But Science does not like to publish null findings or replication failures. As interviewees tell Aaron Panofsky in Misbehaving Science, neither do people studying genetics and behavior. Despite the grandiose promises molecular genetics researchers make about understanding human behavior to justify grant funding and public attention, the correlations they find generally explain only a tiny fraction of the variance in human behavior. Behavior geneticists cope with “past disappointments [by] doubling down and scaling up” (p. 177). They’re optimistic that genetic effects exist, and if only we invest in larger samples and higher resolution technology, we will find them. In the words of Ganna et al., the fact that the significantly correlated genes they found account for less than 1% of variance in behavior “suggests that same-sex sexual behavior, like most complex human traits, is influenced by the small, additive effects of very many genetic variants, most of which cannot be detected at the current sample size” (p. 3). Such complex “witches’ brews” are often invoked to explain why the results of behavior genetics research generally do not support the simple relationships proposed and tested by scientists.

While the witches’ brew frame serves to spin disappointing results as justification for increased funding and publication, rather than as a failure of the research paradigm, it has some truth. Very little about genetics, especially as it relates to complex human behaviors, is additive or Mendelian. That is, it works very differently than most of us were taught in high school biology, more akin to what is often called “complex systems.” Many separate genes interact with one another, the environment, and intermediaries in intricate feedback processes, many of which are still unknown. Gregor Mendel deliberately selected peas to study because they had simple inheritance of easy-to-measure traits. (Sarah Richardson’s Sex Itself and Joan Rougharden’s Evolution’s Rainbow are good introductions to the complexity of genetics as they relate to sexuality, gender, and even sex. While many of us think of X and Y chromosomes as controlling human sex, most of what is sexually distinctive about our bodies involves complex interactions with genes on our other 44 chromosomes.)

This brings me to a substantive discussion of research methods. GWAS is fairly straightforward: scientists start with a standard catalog of a million or more individual spots on the genome that are known to vary among people, called Single Nucleotide Polymorphisms (SNPs). They run separate statistical tests on each one to see if it correlates with some outcome of interest, using extreme confidence levels to reduce the number of false positives. It is a fundamentally exploratory or “descriptive” method, designed to sift through a haystack looking for correlations. Because the researchers control both sample size and confidence level (N and alpha), they can guarantee that at least something will be statistically significant. As sample sizes have increased over time, confidence levels have changed to match. (Ganna et al. tell us old studies fail the new standard, P < 5×10−8. They omit that the current study will likely fail the next standard.) Because they did not decide in advance which SNPs they expect to be significant, any SNP will do for publication. Causal or confirmatory conclusions from GWAS are statistically unwarranted. Because many assume genes cause everything, however, genetic correlations are often interpreted as causal relationships, especially among journalists and the public. Genes and culture are both strongly heritable, though, so disentangling their effects is not trivial.

Ganna et al. found 2 significant SNPs and tried to replicate this finding in other, smaller data sets. One of the 2 replicated. They further split their sample by sex (after excluding all trans and intersex people) and repeated the process: 2 new SNPs were significant for just men, and 1 new one was for just women. The 2 men-specific SNPs replicated, the woman-specific one did not. This step is confirmatory – they had specific genes in mind for replication – but not causal (it is still correlation). The confirmatory value of these tests is limited, however. First, their major figure, 8-25% of variance in behavior supposedly explained by genetics, draws on all SNPs, including both those that did not replicate and those that were never significant to begin with. The replicated, significant SNPs account for < 1%. Second, their sample is limited to people of European ancestry. Polygenic scores created from European-ancestry samples often do not replicate in other groups. In those cases, either the findings are spurious or, implausibly, there is a different genetic mechanism (for heterosexuality) in different human ancestry groups. The mass testing of independent, additive correlations also bears little resemblance to the complex interactions that we know govern most genetics, like studying a witches’ brew with a colander rather than a cauldron.

What are these genetic markers (SNPs) correlated with? Ganna et al. call their measure “nonheterosexuality,” but it is really self reports of ever having had same-sex sex. People who study sexuality generally speak of measuring three dimensions: identity, desire, and behavior, all of which give us very different answers to questions like “who is gay?” Identity and behavior are clearly distinct. A slew of recent sociology has looked at heterosexuals who engage in same-sex sexual behavior, with titles like Not Gay, “Bud Sex,” and “Straight Girls Kissing.” Put simply, having sex with a man once did not make me gay any more than having no sexual experience with partners at age 18 made me straight (as the authors would have it) or asexual (as my behavior might suggest). Behavior and desire are also distinct, as made clear in research on sexual assault and rape, in research on sex work (where motivation may be economic), and in research on asexuals’ sexual behavior. What’s more, we know that people can experience Sexual Fluidity and changes in sexuality over the life course.

Ganna et al. did supplementary analysis (one paragraph on page 6) to examine whether their findings for one-or-more-time same-sex activity hold for people who have more regular or exclusively same-sex activity. They “determined that the genetic effects that differentiate [exclusively] heterosexual from [any] same-sex sexual behavior are not the same” as those for people with more frequent or exclusive same-sex behavior (p. 6). That is: their main findings about genetic relationships to one-or-more time same-sex activity do not speak to what is typically thought of as lesbian, gay, and bisexual behavior. They do not report any other information about the correlates of more frequent or exclusive same-sex behavior, including whether any SNPs were significant or replicated, even though this would be a better test of the question they set out to answer. The authors also show that self-reported sexual identity, desire, and behavior correlate, but provide no analysis of the genetic relationships with identity or desire.

Self-reports of sexuality are fraught for other reasons, too. Figure 1A in Ganna et al. shows that there is a dramatic relationship between birth year and self-reported same-sex behavior. People born in the late 1960s are 4-6 times more likely to report this behavior than those born in the 1930s. Perhaps there is a strong evolutionary selection bias in favor of queer sex. I hope so. But the authors also show that same-sex behavior is negatively correlated with number of children during that period, making for an evolutionary paradox. The prevalence and rise of same-sex behavior cannot be explained by inheritance. (One wonders why this insight didn’t end the study…) It is fundamentally cultural: stigma and laws have relaxed considerably, increasing willingness to try and/or report same-sex activity for later cohorts. Heterosexuality and its various deviant others are historically recent and culturally specific phenomena. As identities and ways of organizing behavior, they are far from universal or timeless. In other times and places, same-sex and different-sex behavior have both been institutionalized, ritualized, banned, and ignored. They have been imagined as part of an inherent human bisexuality, a natural stage of the life course, as not sex at all, and more. Looking to biology and genetics for explanations of these kinds of cultural phenomena is silly: “gay” hasn’t existed long enough, and its fluctuations are too rapid, for genetic evolution to be involved.[1] Studies like this can hope to tell us precious little about human sexual behavior.

Jeff Lockhart is a PhD candidate in sociology at the University of Michigan. His dissertation examines the role of ideology in the structure of scientific debates, especially at the intersection of biological and social research.

[1]    For those interested in the research on “homosexuality” in rats and other animals, I recommend chapter 7 of Rebecca Jordan-Young’s Brian Storm, chapter 8 of Anne Fausto-Sterling’s Sexing the Body, and Roughgarden’s Evolution’s Rainbow.

10 thoughts on “the science of gay gene science”