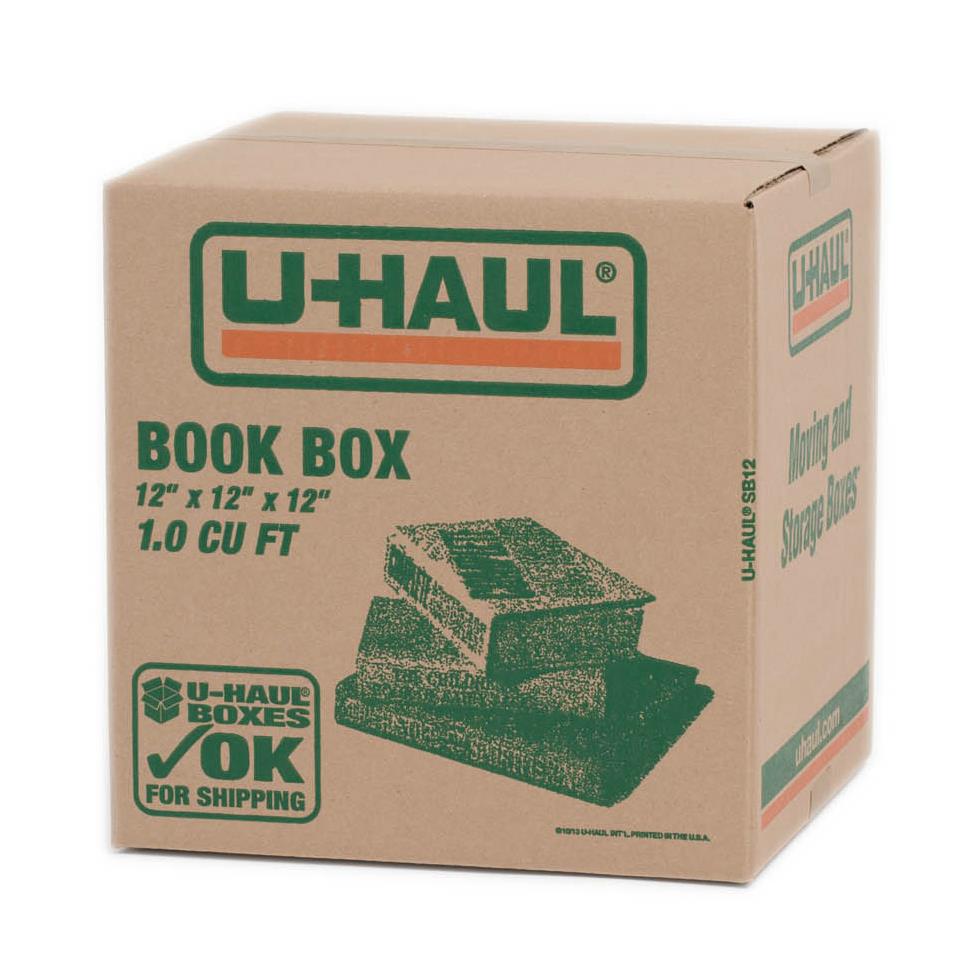 Academics move around a fair bit. How do these moves affect the kind of knowledge academic produce? Over on Twitter, I speculated around this topic and a fair bit of interesting conversation ensued. Let me try to specify here a bit of what I had in mind.

The basic observation is this: most Americans live quite close to family and where they grew up. As the NYT put it, “The Typical American Lives Only 18 Miles From Mom.” I don’t have data on this same stat for academics, but I’m guessing the median distance from parents is much higher, especially for academics working at research-intensive universities. I’m most interested here on academics working at research universities because I’m especially interested in how moving and dislocation shapes research, not other aspects of academic life (though commenters noted important likely effects on teaching and advising as well). Research activity is concentrated at research-intensive universities, in part because these universities have the resources to support research (lower teaching load, funding, labs, etc.), and in part because the prestige structure of knowledge production is such that research conducted at the “center” is more likely to be influential both inside the academy and outside (e.g. in policymaking). I’m not endorsing the centrality of the top research universities in knowledge production, merely noting it.

So how does one get to be an academic at a research university? By moving, usually multiple times across multiple states (or even countries). Most academics at research universities attended one of a handful of prestigious PhD programs (e.g. Burris’s analysis of sociology suggests nearly all faculty at PhD-granting institutions went to one of 25 PhD programs, and almost all of those teaching at a top 25 program went to one of the top 5 programs), and most move to do so. Most students who attend those PhD programs in turn attended prestigious undergraduate programs, and typically moved away from home to do so. I don’t have easy access to data here but, anecdotally (based on my experiences at a few departments as a student and faculty member), almost all the PhD students attended highly selective schools, either private or flagship publics. It is very rare to find a student who attended the comprehensive college near home in a PhD program. For example, at one PhD program to which I was admitted, I believe there were only two students who attended public schools for college (myself from Michigan, and a student who went to OSU, both flagship “public ivies”). In my PhD cohort, most students attended elite private research schools like Northwestern or the University of Chicago, smaller elite liberal arts colleges like Haverford, or flagship state schools like UW-Madison. Some of the partial exceptions I can think of involve specifically students who attended community colleges before transferring to the UC system.

In any event, most research academics moved for undergrad and moved again for grad school. Often, they moved one or more times in between, perhaps to work in a major city or some other locale distant from where they grew up (e.g. for the Urban Institute in DC, or as a consultant in NYC, or a couple years in the Peace Corp or Teach for America, etc.). Those experiences plus their elite undergrad degrees are what win them spots in elite PhD programs. The programs are what enable (some of) them to access research positions when they graduate and thus to become the sort of people producing knowledge in the field.

Then, on graduation, those lucky enough to get research jobs in the academy typically move again, often without a ton of choice about their location, as academic jobs are distributed nationwide and even a very successful job search rarely yields more than a couple offers. This move might also follow a move for a post-doc (or multiple post-docs, as is increasingly common across different fields). So a typical assistant professor starting their first tenure-track job at a research-intensive university will have made major moves on the order of 4-5 times after graduating high school: for undergrad, for some kind of job, for graduate school, for a post-doc, and to their TT job. And this job is likely to be somewhere they’ve never lived before.

My point here is not to complain, or point out one of the unfortunate costs of pursuing a research-intensive academic career, nor even to suggest those who end up with these jobs have paid a particularly high price compared to other academic trajectories (as the discussion on Twitter notes, those who end up with a string of adjunct positions may move even more often, with less economic security). I’m also not focused on the quantitative cost of all of this moving – though there are very real hits to productivity that many researchers reported experiencing in the Twitter threads related to dislocation, especially for short post-docs. Rather, I’m interested in thinking about how all of this dislocation affects what kind of scholarship we eventually produce, especially in the humanities and social sciences. Here I am inspired, as the title suggests, by the Granovetterian tradition of economic sociology and its focus on the influence of local social structure on economic action. What difference does it make that most academics move so often in their formative career years? How does this dislocation shape their immediate social structures, and in turn the research they produce?

The two main mechanisms I can see (and which were discussed on the thread) are, unsurprisingly, selection and treatment. By selection, I mean that all of this moving pushes some people off of the research track, and those pushed out are more likely to be women, people from working-class or poor families, those with disabilities or who have family members with disabilities, etc. That is, people with fewer resources (to visit family, to sustain themselves through those moves without family), or whose family have greater needs that they are socially expected to meet (e.g. women with aging parents or disabled kin, etc.). In this sense, the expectation of moving is just one more filtering mechanisms that privileges the already-privileged (though perhaps not as consequential of one as the ways in which PhD programs already screen on privilege by selecting from elite universities, see also Posselt on grad admissions). There’s also the fairly well-studied issue of the “two-body problem”, whereby dual-career academics face the expectation that they will likely need to live apart for years before finding jobs in the same place, and specifically how schools discriminate against women with partners (see Rivera). And, as commenters on Twitter noted, the assumption that those who are serious about their career will go to the “best” school and take the job at the “best” school they can, irrespective of where those schools are, is especially problematic for those for whom geography shapes specific safety concerns (e.g. homophobia, transphobia, racism).

Beyond the way that obligatory non-local moves reinforce existing selection mechanisms, though, I wonder if there’s also a specificity to the way that this experience shapes the experience of academic lives (“treatment”). I was fortunate enough to go to graduate school where I went to undergrad. As a result, I had a group of non-academic friends who I had known for years and which gave me some access to the world outside of academia without having to put in new work to forge new connections. In contrast, most of my peers moved to Michigan knowing no one, and were placed in an intense institution where they forged most of their connections (as is true of most PhD students). As a result, most of the people that most graduate students know (at least locally) are other graduate students. And for junior faculty, the experience is similar and perhaps amplified (fewer peers, less flexible schedules to make connections, etc.). Most research academics mostly know other research academics. And, to return to the initial point about closeness to family, most academics don’t live near their own family, and most of the people they know don’t either. As a result, it can come as a surprise that most Americans do live near extended families, and don’t live very far away from home.

How might this shape academic action? I can think of a couple ways, and I’m guessing you can think of a few more. In demography, while there is some research on the role of grandparents and extended families in childcare (e.g. Cross’s work), etc., I’m guessing that there would be a lot more interest and understanding of this topic if academics themselves were more commonly in such arrangements. Similarly, I wonder how economists’ discussion of labor mobility are shaped by their own lived experiences of labor mobility. Necessarily, everyone doing economics research has been socialized into a field that expects extreme mobility as the price of entry.

In political science and political sociology, I wonder if part of the reason academics focus so much on national (and international) politics and policy is that they are disconnected from the local, and that the career trajectory in part creates that disconnection. When I look at my peers from high school who are most involved in politics and activism, especially on the local level, I see a mix of those who sought out careers as professional activists, and those who stayed near home and got involved over time in local issues and politics. (Aside: I also wonder if this lack of ties to the local political scene explains why academics are so rarely involved in local policymaking and activism compared to what you might expect given their interests, expertise, and commitments, as suggested by another commenter.)

Academics are not alone in this trajectory – researchers have noted how other professional career paths involve moving, although many of those paths involve moving to a major urban center (NY, DC, LA, etc.) rather than moving around which may have different consequences. Either way, research academics are the people charged with providing insight into social and political life. At the moment, in the US at least, repeated moves and social dislocation are part of the normative path to becoming a researcher, shaping both who succeeds in the profession, and what kind of experiences they have along the way.

What do you think? Does the above make sense? How else might this pattern of moves and social dislocation shape the production of knowledge in the social sciences, humanities, or even the natural sciences?