What a week! While being glued to the news, we managed to find a lot of stories not about Senate rules and the politics of healthcare. We hope you enjoy them as you try to unwind.

END_OF_DOCUMENT_TOKEN_TO_BE_REPLACED

Philip Cohen has a post up on his blog about how we can use ASA paper awards to push sociology towards open access, and specifically towards SocArXiv. Go read it to find out more about the initiative – and specifically, to find good sample award text that your section could easily modify and implement. The original SocArXiv announcement is here, including details on how SocArXiv will provide up to $400 towards an award winner’s travel if your section opens up the award. In addition to encouraging every section to seriously consider this proposal, I want to suggest two alternative ways that sections can promote open access if, for some reason, the SocArXiv plan is not acceptable.

END_OF_DOCUMENT_TOKEN_TO_BE_REPLACED 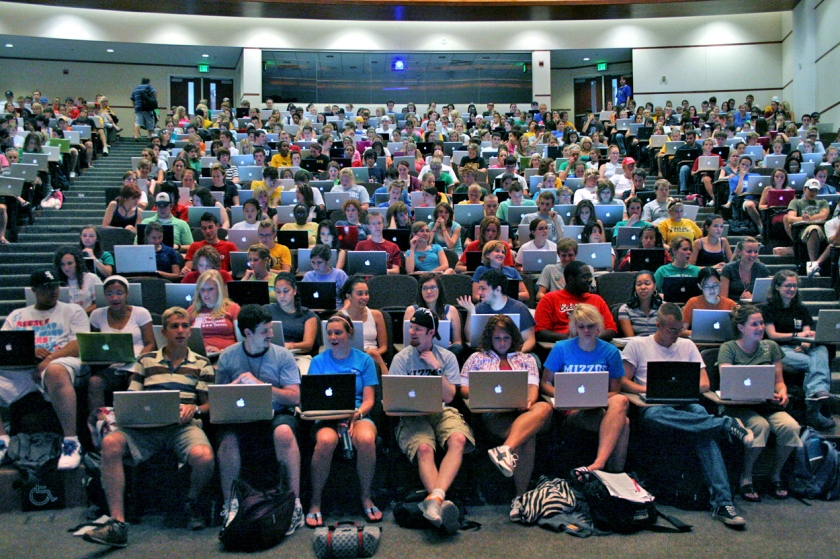 Recently, Cindi May argued in Scientific American that “Students are Better Off without a Laptop in the Classroom.” As with the numerous articles in this vein that preceded it, May’s article was picked up by many academics on social media as proof that they were right to ban laptops in their classrooms. Others have responded that students have always found ways to distract themselves, that banning laptops is infantilizing and that it’s harmful to students with disabilities, among other objections. Although these are important concerns, I want to focus here on a few frustrating trends in the research and reporting on classroom laptop use.

END_OF_DOCUMENT_TOKEN_TO_BE_REPLACED

The following is a guest post by Fiona Greenland.

Last week’s news that Oklahoma-based Hobby Lobby faced civil forfeiture for illegally importing Iraqi antiquities came as no surprise to cultural property experts. The company had been under scrutiny since 2015, when news of the investigation broke. And even before the investigation, scholars, including Roberta Mazza, an ancient historian at the University of Manchester, identified inconsistencies in the provenance histories, or ownership records, of antiquities obtained for Hobby Lobby-backed Museum of the Bible. Equally unsurprising in the wake of the forfeiture announcement were the muddled claims about Hobby Lobby funding ISIS. The forfeited antiquities at the heart of the civil complaint were shipped in late 2010 and early 2011 – prior to the period when ISIS is known to have been associated with archaeological looting in Syria and Iraq. Joel Baden and Candida Moss, two theologians who have closely studied the MoB and Hobby Lobby, rejected the connection in their New York Times editorial on July 6. But the HL-ISIS meme persists, with the frustrating result that the everyday illegal practices of the global antiquities market are overshadowed by ISIS drama.

A lot has been written about Hobby Lobby’s dodgy antiquities deal, and I will defer to the legal experts for analysis of the civil complaint (check out Rick St. Hilaire’s blog). There is good reason to care about this story. The illicit removal of artifacts from archaeological sites destroys information about the objects’ context and history, can damage the artifacts, and is linked with other forms of criminal activity. This is true not just in the Middle East but all over the world. Equally worrisome is the possibility that when a big firm like Hobby Lobby spends big money on antiquities, looters are encouraged to keep digging and dealers are emboldened to sell objects that shouldn’t be on the market in the first place. Those are real problems and yet what I want to focus on here is the rest of the iceberg. Hobby Lobby’s buying power is setting ancient historical studies on a new axis.

END_OF_DOCUMENT_TOKEN_TO_BE_REPLACED

With ASA just a month away, sociologists are setting their sites on Montreal. Apart from scrambling to finish our papers, and struggling to figure out which panels we are supposed to attend, the most important part of prepping for ASA is picking the best parties to attend! In furtherance of that last goal, we at the scatterplot party planning committee are delighted to announce the fourteenth annual blog party, the can’t miss event of the blogger social season. Details:

636, rue Cathcart, Montreal, about one kilometer from the Palais des Congrès.

Come join us! As Tina put it, “All blog writers, commenters, and readers are welcome, as are folks-who-used-to-write-but-don’t-so-much-anymore-you-know-how-it-goes, lurkers, tweeters, and assorted people who simply would like to come. Please recall that well-behaved sociology faculty will generously purchase a beverage or two for a thirsty graduate student. We may be awkward, but we don’t need to be that awkward.”

David Brooks, liberals’ favorite conservative, came out with an(other) entirely Brooksian column today, this one riffing on Richard Reeves’s important, if flawed, book, Dream Hoarders. Reeves essentially argues that there are lots of structural barriers to the bottom 80% of the US income ladder moving into the top 20%, and that we should therefore pay less attention to the 99%/1% division than to the 80%/20% division. (A better version of a similar argument is in Chris Hayes’ fantastic book, The Twilight of the Elites.)

Brooks, though, knows better than all those zoning laws, rigged college admissions, and so on. Really:

I’ve come to think the structural barriers he emphasizes are less important than the informal social barriers that segregate the lower 80 percent.

Okay, well, not to get too academic about it, but what’s your evidence for rejecting the main thesis of the book in favor of, well, every Brooks column of the past umpteen years?

Recently I took a friend with only a high school degree to lunch. Insensitively, I led her into a gourmet sandwich shop. Suddenly I saw her face freeze up as she was confronted with sandwiches named “Padrino” and “Pomodoro” and ingredients like soppressata, capicollo and a striata baguette. I quickly asked her if she wanted to go somewhere else and she anxiously nodded yes and we ate Mexican.

American upper-middle-class culture (where the opportunities are) is now laced with cultural signifiers that are completely illegible unless you happen to have grown up in this class. They play on the normal human fear of humiliation and exclusion. Their chief message is, “You are not welcome here.”

Most of my Twitter sphere has pilloried this (correctly, I think) as mistaking the cause for the expression (or, at most, mechanism) of class-based exclusion. But then there’s a backlash (e.g., here), claiming insensitivity; that cultural capital is “real,” and that those making fun of Brooks are just showing that he’s right.

But here’s the thing. Brooks’ claim isn’t just that cultural capital exists, or that it is one of the ways inequality is expressed. He specifically claims that cultural capital causes the persistent inequality between the 20% and the 80%. That’s utterly implausible, if for no other reason than that learning the names of sandwiches is free (unlike expensive housing and college prep tutors). I believe that people with working-class backgrounds feel uncomfortable in the face of massified sophistication. That doesn’t mean the discomfort causes the inequality.

Other points on the column:

Bottom line: culture matters, and cultural exclusion is real. But structure matters more in reinforcing inequality. If you want a much more serious take on how culture and comparison play in inequality, I’d recommend my colleague Keith Payne’s new book, The Broken Ladder.

ASA is hosting a pre-meeting workshop on using media (social and otherwise) to advance your research by Dustin Kidd of Temple University. It will cover topics including Creating a Media Strategy, Twitter for Sociologists, Social Media Tool Kit, Teaching with Social Media, and more.

END_OF_DOCUMENT_TOKEN_TO_BE_REPLACED

Thomas Schelling was a famous economist. He won a Nobel Prize, published agenda setting books, and influence Cold War policy. He also wrote one of my favorite papers, on radically time-inconsistent preferences (specifically, the curious case of asking your friends not to give you a cigarette when you later ask for one, and related phenomena). One the things Schelling is most famous for is a simple agent-based model of residential segregation known as the “Schelling Model.” The model was first published in a 1971 article in the second issue of The Journal of Mathematical Sociology, and was discussed at length in Schelling’s very widely-read Micromotives and Macrobehavior. Many readers of this blog have likely come across the model; the original article now has over 3600 citations on Google Scholar and the book has over 6600.

James Sakoda was a relatively unknown computational sociologist. His main lasting fame seems to be among origami enthusiasts, e.g as the author of Modern Origami. But, as detailed by a fantastic (and lengthy) new article by Rainer Hegselmann, Sakoda may well have the better claim to having first invented checkerbaord models of discrimination. In his 1949 dissertation, Sakoda lays out a class of checkerboard models. And in a 1971 article in the first issue of The Journal of Mathematical Sociology, Sakoda published “The checkerboard model of social interaction.” As Hegselmann shows, Schelling’s model is very nearly a special case of Sakoda’s more general treatment published one issue earlier. Yet Sakoda’s articles boasts just a bit more than 200 citations, and no one speaks of a “Sakoda model.” What happened?