361. Turns out, the world will end up much the same if I read a few hundred analyses of the Palin pick online or not.

BTW, see here for speedy polling data that the initial reaction to Palin was (predictably? surprisingly?) a bit more negative among women than men. 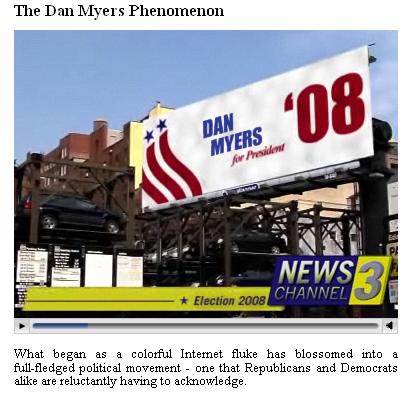 Over on OrgTheory, Steve Vaisey takes sociologists to task for what he seems to perceive as unwarranted political commitment. Apparently because sociologists tend to be “liberal” (as useless a term as that is), we are less objective than we ought to be and we think stuff for partisan, as opposed to soundly scientific, reasons. (I am paraphrasing here, of course.)

END_OF_DOCUMENT_TOKEN_TO_BE_REPLACED

I forget: Was there anything bad that had happened to Dan Quayle?

Curiously, as of this moment, both Obama and McCain’s estimated probability of victory on Intrade has risen about a point-and-a-half with the choice of Sarah Palin And Tall.

Also: for observers of genetics-in-society, Kay Bailey Hutchinson used as evidence of Palin’s character that she did not terminate a pregnancy with Down Syndrome.

Kind of takes the euphoric edge off watching my candidate give the best nomination speech of my lifetime. Maybe Palin will end up coming across as wildly inexperienced.

This is a followup to today’s earlier post.  My spouse and I went by, our friends were alone, we hugged them a lot and sat with them for an hour while they cried and talked.  I’m glad I went.  The younger generation is asking me what they should do.  I thought you’d be interested, as a lot of older people don’t know either.   Many of you have had to be on the receiving end of this, so you may want to tweak the advice I gave the kids.  Here’s what I wrote (edited to be generic):  You don’t have to do a lot. Showing up is 90%. They are going to feel terrible no matter what, but they will remember that other people cared enough to show up. You don’t need to — it isn’t helpful to — try to say anything to make it better. You can’t. You just say how sorry you are and listen to them and, in a low key way, tell stories you remember about the good times you had with them. They are likely to cry and this is normal. It’s OK to remember funny and happy things, it is OK to laugh. It is OK to cry. Offer to leave every 15 minutes or so. If there is food out, it is ok to eat it. (People bring LOTS of food to the houses where there has been a death.)   These things are not done on appointments.  The hardest thing is know whether to call ahead.  Talking on the phone is really hard when you are grieving (your voice chokes up) and calling someone to say how sorry you are is not good unless you are a really close relative or friend and you are manifestly too far away to get there.  So you just kind of go over, and if it turns out to be a bad time, you come back a different time.   Or, if they have someone to handle the phone, you talk to that person to find out if it would be a good time to come over.  Or maybe call just to ask whether it is ok to come over.

The intermingling of great joy and great sorrow goes on.  My daughter told us ten days ago that she and her boyfriend plan to marry soon — this is a joy.  Then she became  unexpectedly unemployed and she had to focus on that, diverting attention from wedding plans.  And there are various hassles with getting my son and his girlfriend moved into an apartment.  The roller coaster of life.  I was going to post about that when I had a chance.

But now the shock.  Dan, a childhood friend of my son was killed yesterday in an auto crash.   There was a five-year period when six boys gamed together every Friday night.  For the first few years, the gaming was hosted by the Dan’s parents, and then later it moved to our house.  Dan drifted away from the group about the time they graduated high school, and the other boys have not seen  him much in recent years.  My spouse and I remain friends with his parents through church and have seen Dan playing piano at church (he was a superb musician) and at his graduation party in May.   It is hard to think of much else.  Besides my son, I’m in communication with some of the other boys, including some who live elsewhere but happen to be planning to be in town this weekend.  And church folks are exchanging messages about how to help out and funeral planning.  I’ll be going over the parents’ house soon, food in hand.  I don’t know whether they will want me to hang around for comfort, or leave them in the hands of people closer to them.

Pioneer lesbian activist, Del Martin, died yesterday of natural causes. She was 87, and she is survived by her partner of 55 years, Phyllis Lyon. Phyllis and Del are the mothers of the lesbian rights movement, founders of the earliest lesbian activist organization in the United States, and perhaps the world, the Daughters of Bilitis.

Early lesbian and gay movement activists like Del Martin and Phyllis Lyon, and their fellow travellers like Barbara Gittings, Harry Hay, and Frank Kameny may not be as well known as the inspiring activists we all know from other movements, like Emma Goldman and Martin Luther King, Jr., but these brave men and women were out of the closet and organizing for same-sex love at a time when social norms against doing so were so strong that it was almost unthinkable. They created spaces for people to meet, magazines for people to read, well before the cycle of protest in the 1960s. They survived the McCarthy era and, in Phyllis and Del’s case, remained activists for life.

Del Martin is one of my heros. She changed the world, and we all owe her a debt of gratitude.

Yesterday I was chatting with someone and they used the phrase “disguised retirement” for a professor who was post-tenure and doing what was required to keep getting paychecks but otherwise had punched out of their department and discipline. I hadn’t heard this phrase before, but I’m using it from now on.

This morning on the radio, the news announcer asked, “What would you do if you didn’t have enough skin to cover your entire body?”*

My answer was, “Scream and seek medical attention,” but his answer had something to do with hermit crabs.

Call me crazy, but I don’t think that will help.

* True story, actually. That is a direct quote from NPR. I really like NPR but my local affiliate has started airing a "science" program that is either geared for the very young, or is just very stupid.

There’s a really great episode of This American Life this week. This one is called “Got You Pegged”, and it’s about stereotypes and initial (wrong) judgments. If you’ve ever read Gerd Gigerenzer or other cognitive psych/bounded rationality micro-foundations of behavior stuff, you’ll find it really interesting. If you want to see how people extrapolate from stereotypes to really bad sociology, listen to Act II, in which Chuck Klosterman reads aloud this essay from Esquire, on how Germans study cowboy culture to understand American sociology:

END_OF_DOCUMENT_TOKEN_TO_BE_REPLACED

There needs to me something like that online map of what parts of the country people use soda vs. pop vs. coke, only about “guy” vs. “dude” and instead of geography, age.

During 2005, I lost >45 pounds using Weight Watchers Online and posted weekly progress updates while dieting.* At ASA the next year, someone told me that they used to read my blog but stopped when I was dieting because they were self-conscious about their own weight and found my own posts of success depressing. This year, I’d reached the point where I gained back half the weight I had lost. I thought about e-mailing this person and saying I was surely becoming safe to read again. I even gained half a pound over the two weeks I was in Malawi. Who the bother goes to Africa and gains weight?

Since getting back from Malawi, however, either there is something with my scale or I’ve lost 8 pounds without trying. I think part of it is weirdly enough my Banana Chocolate Vivanno addiction, as it’s almost eliminated my consumption of other, worse, sweets.

Now I’m wishing I had been 450 pounds when the Vivanno debuted, because maybe then I could keep going and gain fame as Starbucks’s counterpart to Jared from Subway. END_OF_DOCUMENT_TOKEN_TO_BE_REPLACED